Elizabeth started learning the piano and singing at the age of six.

She graduated with MA Music with excellence from PWSM (Akademia Muzyczna w Łodzi), Academy of Music in Łódź, Poland.

She worked professionally touring with Estrada Łódzka and later worked in Warsaw with the Podwieczorek przy Mikrofonie, a live national and weekly radio broadcast, performing alongside a wealth of renowned Polish actors and singers.

Elizabeth is a piano, singing and theory tutor for ABRSM graded music.

She is also a classical and musical performer for concerts, private functions and recitals. Elizabeth has undertaken a variety of leading roles and acted as Musical Director and Producer for a number of operatic and dramatic companies across the North West of England.

In July 2000 she achieved a silver medal in LAMDA acting.

Elizabeth  is currently a member of the City of Manchester Opera Company taking part in a number of concerts and theatre productions. She is also the Musical Director for Disley's Community Choir.

In 2021 Elizabeth became a member of SMP Press, a global community of independent composers, arrangers, and songwriters.

Margaret was born in Ghana, West Africa and has a Diploma in Music from the University College of Education, Winneba. After performing for many Ambassadors, High Commissioners and HRH Prince Edward, the British Council sponsored her for three years for a Professional Performance opera course at the Royal Northern College of Music. She gained a Diploma at the European Music Academy, Poland, in 1997 and her LLCM in 1999. Margaret’s solo opera roles include Carmen, The Marriage of Figaro, Don Giovanni, Cavalleria Rusticana, Dido and Aeneas and La Traviata.

Her solo oratorio roles include Handel’s Messiah, Vivaldi’s Gloria, Haydn’s Creation and Mozart’s Requiem. Other solo roles include African Sanctus, Feel the Spirit, Stabat Mater, The Armed Man and Child of Our Time. She has sung solo in the Royal Festival Hall, the Royal Albert Hall, London, the Bridgewater Hall and other major venues.

Margaret sings with the City of Manchester Opera, is the Musical Director for Manchester's Gospel Choir and has performed in over 1,000 music concerts in hospitals across the UK.

Eric began his singing career in the early 1980s when he was teaching in New Zealand. On his return to his native Edinburgh he joined two local amateur companies and remained with them until moving to Manchester in 1987.

His singing career continued with several companies in the North West both as a soloist and as a principle in productions.

Eric's main work now is with City of Manchester Opera.

Eric is currently a student with Carl Penlington-Williams.

Simon began his singing career at the age of eight as a chorister with Blackburn Cathedral Choir.

He progressed from there to the Cathedral's Youth Choir and the Durham University Choir.

Now he manages his singing career alongside his "day job" as a Partner in the national law firm, Horsfield Menzies. As well as singing with VociVoices, Simon appears regularly as a soloist and has taken on lead roles with the City of Manchester Opera Company.

Jonathan started learning the piano at the age of three. He went to school at Wells Cathedral School, following which he went to the Royal Northern College of Music and the University of Manchester to study music.

He achieved a first class degree from both institutions, a PPRNCM diploma in solo piano studying with John Gough and a postgraduate level diploma in accompaniment and chamber music under John Wilson.

During his time at college, he won many prizes as an accompanist, including the RNCM's two major chamber music prizes and the Audience Prize at the Intercollegiate Beethoven competition.

Originally from Switzerland, Isobel first moved to Liverpool over a decade ago and now divides her time there between medical education and music.

As a concert soloist, Isobel has performed with many choirs and ensembles, including Manchester Bach Choir, the Cantata Choir at Liverpool Metropolitan Cathedral, Liverpool Bach Collective and Flat Pack Music. Her on-stage roles have included an award-winning performance of Mad Margaret (Ruddigore) wih Crosby G&S Society, Prince Orlofsky (Fledermaus), Marcellina (The Marriage of Figaro), the Sorceress (Dido and Aeneas) and the title role in Carmen with Opera Viva.

Alongside her singing work, Isobel acts as Chorus Conductor for various local Opera Societies and runs a community 'Singing for Breathing' group in Liverpool for people with chronic lung conditions.

Sara read music at The Queen’s College, Oxford, where she was a Choral Bursar. She then studied singing at Trinity College of Music in London and also trained on The Knack, an opera and music theatre course run by English National Opera.

Sara studied singing with Mary King and Susan McCulloch. She performed as a soloist all over the British Isles singing with (amongst others) British Youth Opera, Travelling Opera and Singcircle, a contemporary music group. Sara has sung many of the lyric mezzo roles as well as being a soloist in numerous oratorios particularly concert performances of Handel works including as Irene in Theodora.

Sara changed her career from music in the late 90s to become a commercial lawyer and is presently the Programme Director for 21st Century Schools MIM Building Programme for the Welsh Government.

David began is a former choral scholar at King’s College, Cambridge, where he studied for a degree in Theology and Religious studies.

Recently, David has completed three years of postgraduate studies at the Royal Northern College of Music in Manchester, where he gratefully received the support of the D’Oyly Carte Charitable Trust.  Whilst at the RNCM, David won the ‘Bessie Cronshaw / Frost Brownson Song Cycle Competition’. David is currently continuing his studies with Peter Wilson.

David performs regularly both as part of ensembles and also as a soloist.  Recent concert performances as a soloist include Orff’s Carmina Burana and Bach's Magnificat.  On stage David has played the roles of ‘Starveling’ in Britten’s A Midsummer Night’s Dream, ‘Bob’ in a production of The Old Maid and the Thief by Menotti, and ‘Don Alfonso’ in the RNCM’s 2016 production of Cosi fan Tutte by Mozart.  More recently, David has played the roles of ‘Lord Dunmow’ in Manchester Opera Ensemble's production of Lennox Berkeley's A dinner engagement, and he created the roles of 'Hans' and 'Cobbler' in a new opera by Adam Gorb at the RNCM, Path to Heaven directed by Stefan Janski. 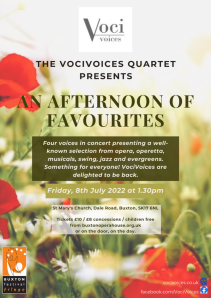 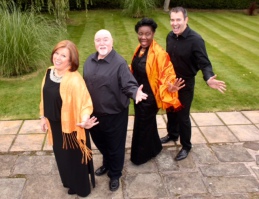 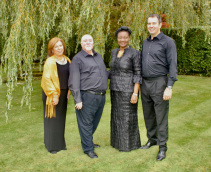 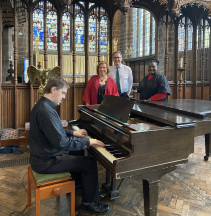 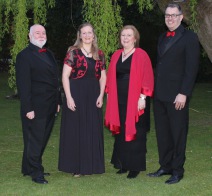 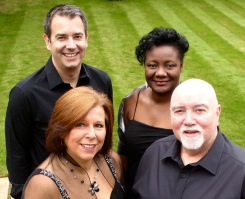 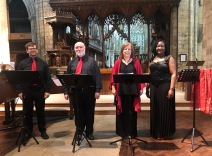 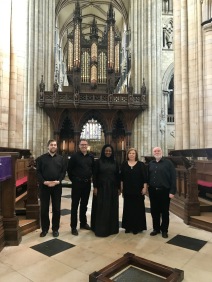 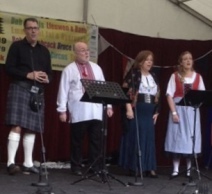 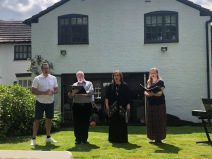 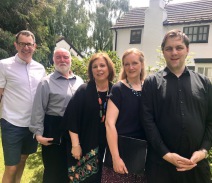 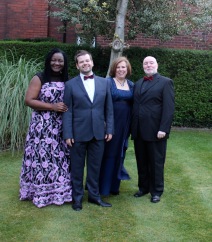 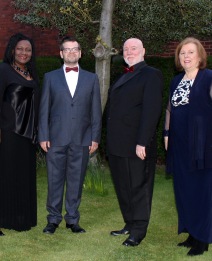 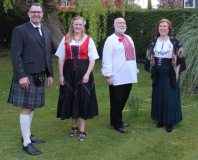 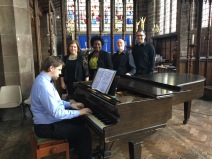 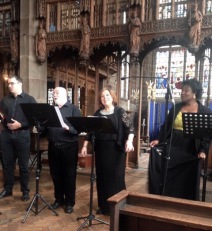 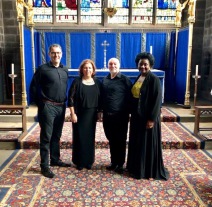 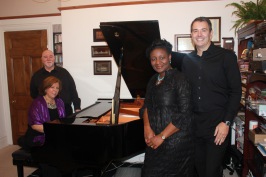 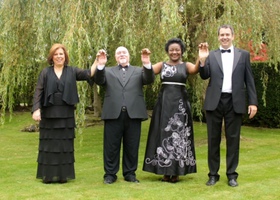 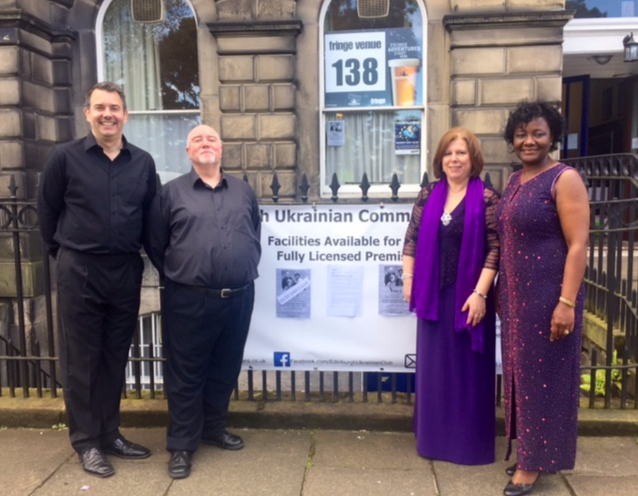 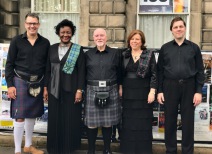 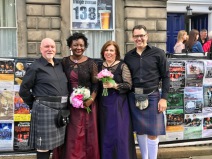 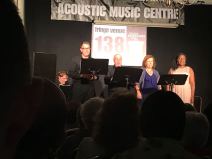 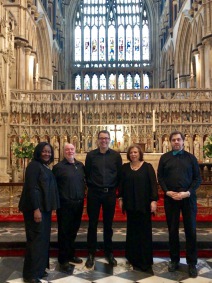 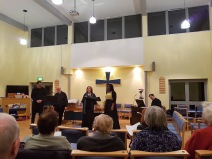 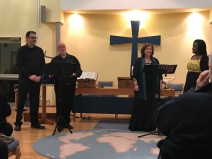 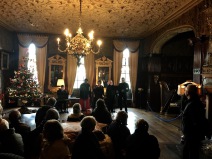 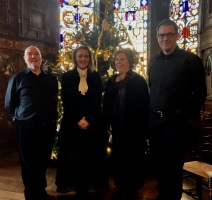